In 2012, 49.0 million Americans lived in a food insecure house hold, of these 15.9 million were children. Reports and findings of the US Department of Health and US Department of Education indicate that children who suffer from a lack of food are significantly impacted in their ability to learn and achieve academically.

Six years after the onset of the financial and economic crisis, hunger and poverty remains high in the United States.  The number of Americans living in poverty has grown significantly in recent years, swelling to 43 million people in 2010 – nearly one out of every eight people in the United States. As the Nation’s families grapple with hunger and poverty, so do many Clark County, Nevada families. According to the 2010 US Census, 27% of Clark County families live below the poverty line, often struggling to provide even basic essentials such as meals, diapers, clean clothing to their families.

The number of children being raised by single parents continues to rise, and with such provides a financial burden just to make ends meet. In many cases parents cannot support their children, and these young people are placed in the foster care system. Even more alarming is the number of youth under the age of 21 who are being incarcerated due to poor decision making that often leads drugs, violence and other negative behaviors.

SUPA, Inc. was founded on the belief that change will come only if we each do are part. Dedicated to empowering young people to rise above their environmental circumstances and to reach their full potential, S.U.P.A., Inc., will provide the services that will empower not only youth, but the families who surround and support them.

The organization is led by a board of directors who volunteer their time and talents to insure the mission of  S.U.P.A. Inc is accomplished.

Patrick Clark II, is a life- long Las Vegas resident. After brief re-locations to Washington State and Florida, Patrick’s return to Las Vegas with a vision and mission to be an agent of positive change in his hometown. From an early age, Patrick has been called to empower and provide opportunities for underprivileged Americans, especially youth. Patrick Clark, II founded Supporting Underprivileged Americans, Inc. (SUPA, Inc.) to meet the needs of community members who need a hand or the encouragement, opportunities and skills necessary to be productive, purpose driven members. With a knowledge and skill set born from personal experience, Patrick is committed to empowering youth to rise above their current circumstances by providing the resources and leadership they require to do so. Patrick’s experiences as a Youth Pastor, Certified Life Coach, motivational speaker, leader of mentorship and after school programs and counselor for youth has uniquely prepared him to effectively lead SUPA, Inc.

A true believer in hard work, Patrick took on his first job at fourteen. A recipient of the millennium scholarship, Patrick graduated from high school with honors, earning a basketball scholarship to BCC in Washington State. While attending college Patrick studied Business Administration. After a college career ending injury, Patrick was forced to leave college when he lost his scholarship due to his inability to no longer play basketball. Not one to let the circumstances of his life hold him back, Patrick quickly enrolled in real estate school, where he earned his real estate license. Presently a broker-owner of a Las Vegas based-luxury real estate brokerage.

Clark believes in giving back and helping others find success that levels the playing field in communities where economic opportunity and access to technology is limited.

In fact, the No. 1 and No. 2 most powerful countries in the world are Japan and South Korea, and both are highly advanced in area such as technology and the sciences. Somehow the great power house call the United States is lagging behind in these areas.

Indeed, Google, for example, has recently invested millions of dollars in aiding minorities in learning coding and how to build apps. Colleges and universities across the country have developed program also to assist in educating tomorrow’s trailblazers. Clark, too, sees the vision and has used his own time and money to set up year-round SUPA S.T.E.A.M (Science Tech Engineering Art Math) real-world experiences that develop the lifelong learning and people skills necessary to succeed in college and careers.

The #SUPASTEAM program is designed to attract and support kids to study the sciences, which will not only provide them an outlet away from gangs and drugs, it will also provide them with the tools to become financially strong, as high tech companies are in great demand of tomorrow’s talent.

Barbara Rodriguez was born in Miami Florida and was raised in a large family of 7 children and a single mother. She attended South Dade Senior High school and graduated with honors. During that time, she successfully completed the magnet medical assisting program. At the age of 18 Barbara was employed as a medical assistant for a pediatric medical center providing medical care for infants, children, and adolescents. The experience attained, allowed her to create a strong bond with children and families in the community. This opportunity gave her the drive and motivation to continue her education in Nursing. In 2017 Barbara graduated from Nova Southeastern University with a bachelor’s degree in science & Nursing. As a board-certified Registered nurse, she expanded her skills and knowledge in a variety of nursing specialties such as post anesthesia care, rehabilitation care, cardiac step-down, Urgent care, and Operating room. Barbara is now an entrepreneur and is the CEO of BP Royal Medspa LLC.

Research shows, Poverty and the lack of health care can lead to adverse health outcomes in childhood and across the life course, negatively affecting physical health, socioemotional development, and educational achievement.

Barbara believes she can make an impact in the community and foster professional aspirations. Barbara plans to use her healthcare knowledge and medical skills to inspire children to join the medical field and provide healthcare resources to underprivileged young men and women.

Shun Johnson was born and raised in Las Vegas, Nevada, where he attended and graduated from Rancho High School. In the fall of 2004, Shun obtained his Bachelor’s Degree in Secondary Education. In 2012, Shun received his Masters of Education Degree in Curriculum and Instruction; with an emphasis on Differentiated Instruction.

Shun serves as a proud member of the Kappa Alpha Psi Fraternity, Inc. Las Vegas Alumni Chapter. Through the Fraternity of Kappa Alpha Psi, they give back to the community by hosting charitable events such as toy & food drives and assist in building homes through Habitat for Humanity. The Fraternity of Kappa Alpha Psi mentors the youth through programs such as the Kappa Leadership League. This youth program preps young men on how to prepare for life after high school; giving them the proper resources for attending college and/or military, and building resumes for the work field.

On March 11th, 2011, Shun Johnson was awarded “CCSD Teacher of the Year.” On April 5th, 2011, he received the “Proclamation Achievement Award” for providing innovative educational programs to multicultural students. As an educator, Mr. Johnson’s goals change daily, quarterly and yearly. His vision is to encourage every student to love, respect and value education. Mr. Johnson’s ultimate goal is to equip & inspire young adults with the proper tools in becoming successful, in any & all endeavors. As of 2018-19, this will serve as Shun Johnson’s 14th year as an educator in the Clark County School District. 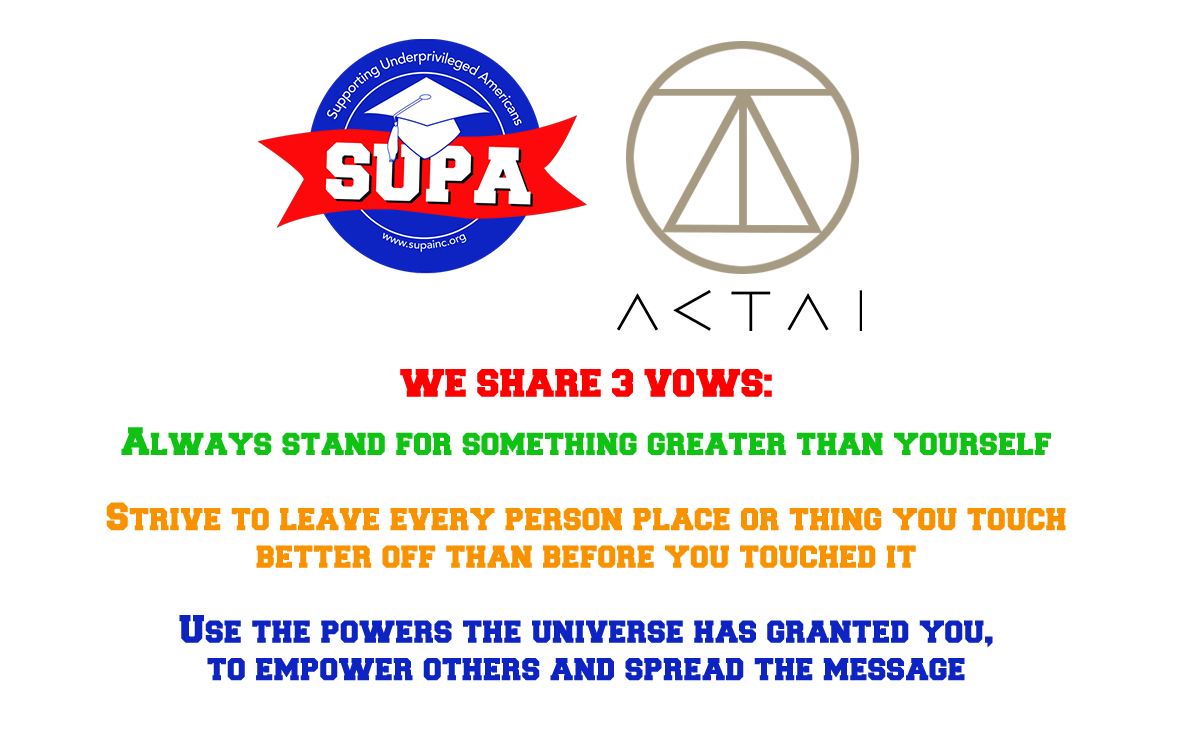